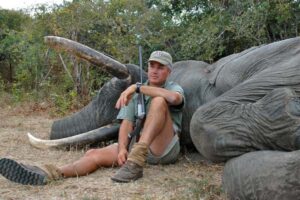 Tim’s background in marketing and business management has been an integral part of the growth and success of Safari Classics Productions. His love of hunting, shooting, and fine double guns eventually led him to Africa, and starting a love affair that has only gotten stronger since he first stepped foot on The Dark Continent over twenty years ago. Tim has hunted and filmed in most of Africa’s premier hunting fields and has taken the majority of the recognized dangerous game. Tim has spent a great deal of his professional life on African soil in the capacity of producer and videographer for his companies numerous television and DVD projects and his work has long been enjoyed by sportsmen who, like he, see Africa as the ultimate hunting destination. Tim splits his stateside time between the business end of the TV and production division. 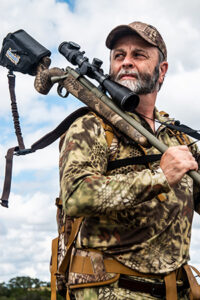 Dave’s has been a life and career entirely dedicated to his passion for the outdoors. His love for adventure and big game hunting has allowed him to travel the globe in several capacities ranging from guide, outfitter, award- winning outdoor writer, videographer, producer and recognized television host and industry personality. Dave has hunted on four continents, and taken over 75 species of big game, but his heart and professional career are most notably linked to Africa. Dave spends a great deal of the safari season on location in Africa, as well as other exciting hunting destinations both hunting and filming. When Dave is not in the field, he is in the Dallas office overseeing the production of the three Safari Classics television series, and Dallas Safari Club messaging campaigns. 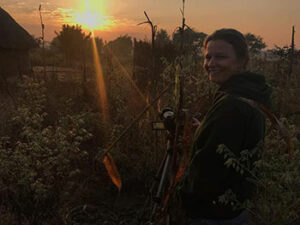 Christy is Safari Classics’ production manager. Overseeing all areas of video production in the Dallas office, her talent as an editor, combined with her creative eye is a driving force behind the award winning success of Safari Classics Productions. Seeing Africa, and other international hunting destinations every day through her computer, and having been on multiple safaris herself, enable Christy to capture the mood and unforgettable moments of a particular story or hunting adventure. Christy is without question one of the most recognized editors and production specialists in the entire world of outdoor Tv production, making her a key member of the Safari Classics team. 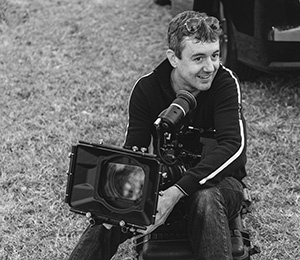 Coming from a more traditional film & video production background, Joe is a seasoned veteran of the outdoor television industry. Joe has filmed and edited for several recognized outdoor series before joining the Safari Classics Productions Team full time. His award winning work was highlighted with an prestigious

Emmy Award nomination for best editor. Joe brings a true ‘artists eye’ to Safari Classics Productions, be it behind the computer or a camera producing short films, pod-casts, commercials and content for companies such as  Dallas Safari Club, Kawasaki, Lucas Oil, Remington Firearms and Chevrolet to name a few. Joe is a contributing editor on our ‘Tracks Across Africa’ and ‘World of Sports Afield’ safari themed series. His talent is also on display through a wide range of promotional projects produced for our sponsor partners. 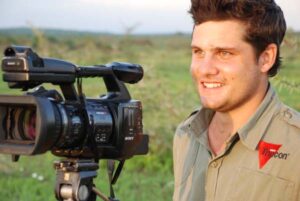 Andy literally grew up in the safari industry, the son of well-known PH, Willy Macdonald. While Andy’s filming duties have sent him to 11 countries across Africa’s great game field’s, he has also filmed adventures in 8 other countries around the world. He is among the hardest working guys on the Safari Classics team. Andy has quickly carved out a reputation as one of today’s brightest stars in the safari filming game. His work can be enjoyed year round on our ‘Tracks Across Africa,’ ‘ Hornady’s Dark and Dangerous’ and ‘World Of Sports Afield,’ TV series, as well as on a wide range of Safari Classics sponsor and promotional productions.

The newest addition to the Safari Classics team is Dan Macdonald, the younger brother of our senior videographer Andy Macdonald. Like Andy, Dan has spent his life in the African bush. He knows it’s game, it’s people, and understands the unique challenges of telling the compelling stories that make up the fabric of Safari, The Last Great Adventure. A passionate hunter himself, Dan understands and values the necessity of the Conservation Through Hunting model, that when practiced, benefits both the rural African, and the wildlife that he shares the land with. Dan has spent much of his adult life working on wildlife and anti-poaching projects across Africa, and he brings both a fierce work ethic, and true passion for wildlife together in each filming assignment. Although most of his current schedule finds Dan traveling across the Dark Continent filming for DSC’s Tracks Across Africa, and Hornady’s Dark and Dangerous tv, he will soon see assignments across the globe that will air on the Trijicon’s World Of Sports Afield series.

Doug King is one of Africa’s most talented storytellers. Through lens of his video camera, Doug brings passion, focus, and emotion to each project he tackles. His Award Winning work is a combination of knowledge, skill, and polished ability that are all trademarks of the wide variety of compelling visual content he creates. Doug creative abilities result in inspiring, thought provoking films that tell a story, and often serve as a ‘call to action.’ A native Zimbabwean, Doug is adept at understanding the complex issues facing the Continent of Africa, it’s people, and it’s precious wealth of wildlife. Whether scripting, filming, directing, or editing, Doug relishes the challenge of combining information with entertainment to tell the unseen stories of Africa. Doug is a driving force behind much of the DSC Foundations marketing and messaging campaigns. He was the lead Cinematographer for the hugely successful DSC Foundation short film “ The Unheard Voice”, and “The Response” which were both awarded a prestigious Telly Award. Safari Classics is proud to have a master storyteller on the cutting edge of our film team.

Jeremiah’s love of the outdoors takes many forms. He is a world- class photographer, videographer, and a talented wildlife artist. Jeremiah has left boot prints over most of the worlds game fields as he captures real time hunting action that our viewers enjoy each season on all three Safari Classics television series. Jeremiah is a tremendously successful hunter in his own right, which is a  tangible asset in our business. His talent for telling compelling stories from the field make him an invaluable part of the safari Classics team of videographers.